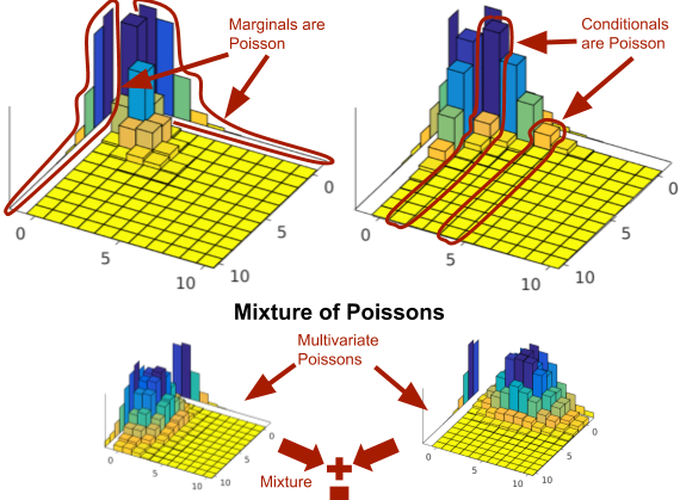 The Poisson distribution has been widely studied and used for modeling univariate count-valued data. Multivariate generalizations of the Poisson distribution that permit dependencies, however, have been far less popular. Yet, real-world high-dimensional count-valued data found in word counts, genomics, and crime statistics, for example, exhibit rich dependencies, and motivate the need for multivariate distributions that can appropriately model this data. We review multivariate distributions derived from the univariate Poisson, categorizing these models into three main classes: 1) where the marginal distributions are Poisson, 2) where the joint distribution is a mixture of Poissons, and 3) where the node-conditional distributions are derived from the Poisson. We discuss the development of multiple instances of these classes. Then, we extensively compare multiple models from each class on five real-world datasets from traffic accident data, crime statistics, biological next generation sequencing data and text corpora. These empirical experiments develop intuition about the comparative advantages and disadvantages of each class of multivariate distribution that was derived from the Poisson. Finally, we suggest new research directions as explored in the subsequent discussion section.